A Lot on Your Plate: The Meat of Mass Produced Food

When you crave for any food, you can open your fridge or cook it yourself, or you can drop by the nearest mini mart and pluck it from the shelves. If you and your friends want to eat outside, you can choose from so many different establishments, from fast food joints to gourmet restaurants, which can sate your appetites.

Mass food production is responsible for this amazing variety of options, and the stunning amounts it takes to feed current populations. So before you take a bite of your toaster strudel or slice of pizza, learn more about the process that keeps you and millions of other people from going hungry.

The Long Road to Large Meals

You might think that mass produced bread loaves only became possible because of industrial-grade ovens for baking. But one of the first instances of the mass production of food dates back as far as Ancient Rome. The Roman Empire had a policy that entitles citizens to annona, which is a supply of bread and grain. In 350 B.C.E., the Roman Empire provided about 120,000 citizens with loaves of bread every day. Nearly 300 state-owned bakeries made these loaves for the citizens of the empire.

This was an impressive feat of production for the era, a testament to the influence food has on society. The ability, or inability, to preserve food and produce it in abundant quantities could build nations, topple empires, and can even win wars. Napoleon Bonaparte’s dreams of conquest led to French chef Nicolas Appert inventing the canning process. The French Emperor wanted to find a way to keep his troops fed and well supplied, without worrying about spoilage. The huge monetary reward he promised to the person who can provide a solution is directly responsible to the canned tuna and beans in supermarkets today.

Later on, food preservation techniques, like pasteurization and refrigeration, enabled manufacturers to push the limits of food production.

However, you can’t talk about mass produced food without bringing up fast food. 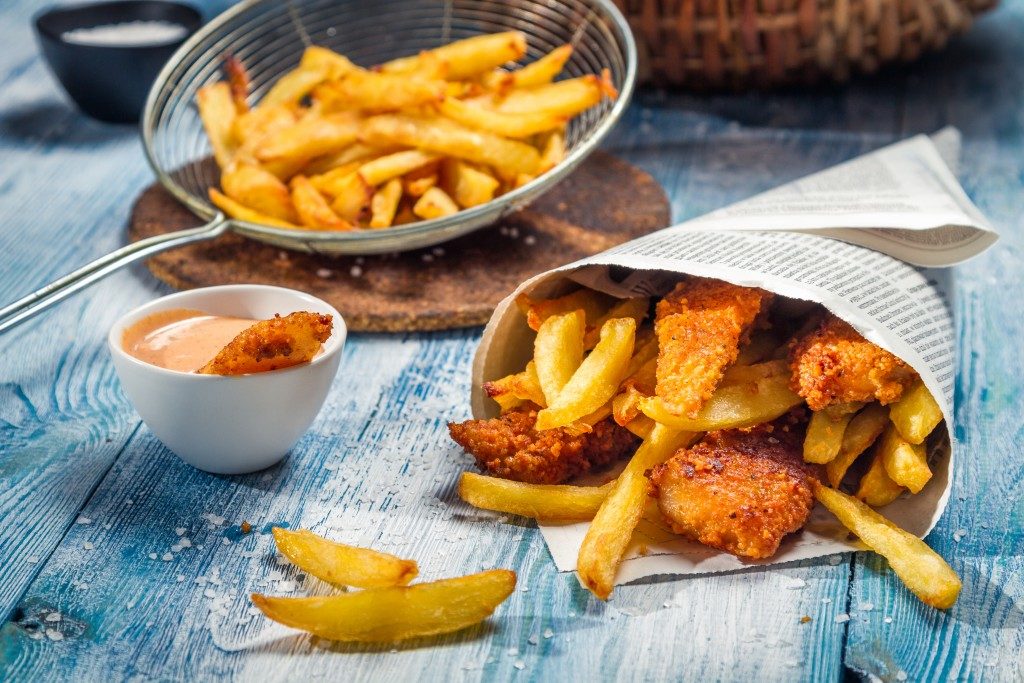 McDonald’s is the restaurant that changed the face of food production. Two brothers started the business in 1948, and with the business acumen of salesman Ray Kroc, turned it into the fast food conglomerate it is today.

Their restaurants focused on efficiency and uniformity, and their kitchens first mated mass production processes, like the assembly line with food production. This allowed them to serve more food to more customers, with shorter waiting times. The brothers streamlined their food manufacturing procedures by narrowing their menus. That way, they could focus on making a lot of a few items rather than be swamped by orders for multiple things. They used chemistry to find the best way to create the perfect crispiness of their French fries.

Over the decades, the fast food giant has increased its production to unbelievable amounts. Their restaurants sell about 75 hamburgers every second, and they feed one percent of the world’s total population. American consumers alone eat a billion pounds of beef annually, courtesy of McDonald’s.

“Necessity is the mother of invention,” the old saying goes. Humans will always need food, and the rising number of people indicates that they’ll need more and more of it. You should hope that the need to feed is enough of an incentive for people to get inventive and find ways to keep everyone happy and full.