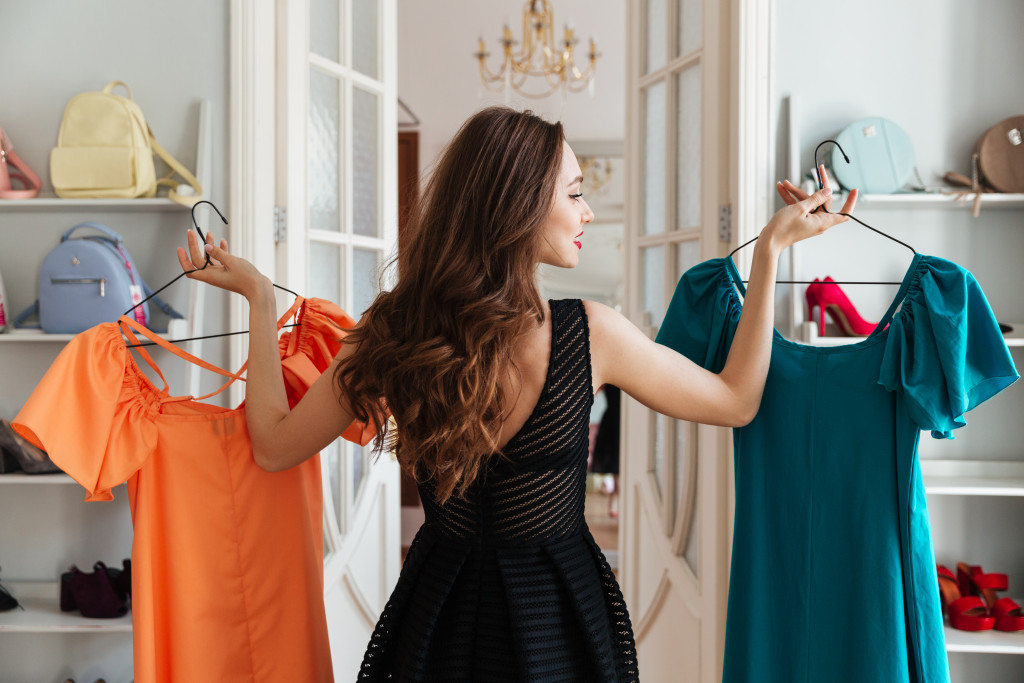 In today’s world, we enjoy a wide range of material options and design sensibilities. Cultural influences are crossing borders and mingling. Sources of visual inspiration can be found anywhere and curated through online feeds and boards. We’re spoiled for choice with all this information.

Throughout history, fashion has been used to signify one’s social status and function. With so many options at our disposal, we now have incredible freedom and power to express ourselves and go beyond the traditional dictates of fashion. So why would anyone still elect to wear minimalist style in the modern age?

The evolution of minimalism

The minimalist movement in art traces its origins to the 1950s. It was seen as a reaction to previously established notions of art as something created by a uniquely gifted individual. Minimalist art removes all traces of that personalization. You don’t get to see any hint of the artist’s emotion or creative process; the art object becomes the sole focus.

As it so often does, art extended its influence into other disciplines. Minimalism began to take hold in interior design. Rooms became sparse, with an emphasis on clean lines and a monochromatic palette. And in fashion, minimalism took off in the ‘80s with the influence of avant-garde Japanese designers such as Yohji Yamamoto and Issey Miyake.

Today, minimalism is a natural fit in the workplace setting. It removes distractions, leaving room for personalization with a few choice accessories, such as luxury rings for women or ties for men. It’s the perfect choice from a functional standpoint, as it takes away the burden of making fashion-related decisions each day.

Reasons for its persistence

However, many people still opt for minimalism when choosing their outfits for non-work occasions. The trend remains influential in streetwear; versatile, almost nondescript pieces could be high-end brand designs. Some people do pay more to look simple. And even if they wear affordable and mass-produced minimalist items, it can make you wonder: why follow a trend that has been fading since the ‘90s?

Designer Peter Saville might have captured the secret essence behind minimalism in this 2010 quote:

“These are all responses to the overcrowded visual environment that we exist in. One response to that is to make things bolder and brasher. The other approach is toward the nothing. […] It’s the suggestion of negative space as modern luxury. It’s negative space as thinking space. It is a luxury. Time and space are modern luxuries.”

Years since that interview, little has changed. Our world still bombards us with visual stimuli. Our surroundings and the objects and people within them compete with smartphones and social media for our attention. We have so many pressing concerns that our brains are overwhelmed trying to filter all that information.

In this way, minimalism can become a refuge from a hyper-stimulating environment. It no longer has a point to prove, but it can give the individual enough space to pause, breathe, and think. Minimalist fashion is one small way through which you can simplify your life.

Despite that, fashion should serve as a vehicle for self-expression. And while you might want to veer in a minimalist direction for simplicity, if it doesn’t work with your identity, it just won’t feel right.

Some people do not attribute much importance to clothing choices, seeing them as a superficial concern. But when you feel good about what you’re wearing, it improves your confidence. The impact of that feeling, or its absence, can carry over to everything you do daily.

The challenge lies in staying true to yourself and being able to curate your wardrobe. It requires a certain level of awareness and a process that’s well thought out. Do you discard every bit of clothing that isn’t white, black, or gray?

You can take a leaf out of Marie Kondo’s playbook and start to declutter your wardrobe. Identify those clothes that you never wear for one reason or another, and are only taking up space; give them away. Leave behind only those pieces which spark joy.

Even if you don’t get rid of every last spot of color, you’ll manage to focus on quality and function. And you’ll still manage to find room for yourself in the items that you keep. You can embrace minimalism in the modern world by using subtlety, restraint, and the right accents to rock an understated look that resonates with your identity.